LOOKING FOR A CREATIVE MARKET PROMO CODE?
GRAB THIS 2021 LIMITED TIME OFFER BEFORE IT'S GONE

SAVE $60 ON CREATIVE MARKET!

AFTER FOLLOWING THE LINK YOUR PROMOTION WILL BE AUTOMATICALLY APPLIED 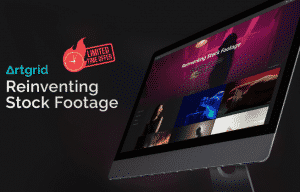 CLICK HERE AND GET TWO FREE MONTHS OF ARTLIST 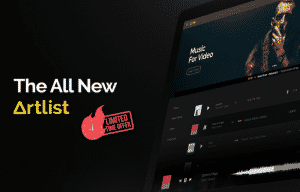 Creative Market empowers creators around the world to make their ideas a reality. Everything we do is to help them turn passion into opportunity.

Empowering creators to make a living doing what they love

With just an internet connection and some design skills, creators can make a living from anywhere in the world, no matter their race, gender, or background. By connecting them with a network of 6.3 million potential customers, we've been inspired by how our platform has impacted peoples’ lives.

We help people of all skill levels make their creative ideas a reality with more than 3.6 million handcrafted fonts, graphics, photos and more to inspire and speed up projects. Assets available on Creative Market are used thousands of times per day to create everything from small business flyers to Fortune 500 mega campaigns.

“We needed a typeface that would communicate on the same level as the copy, and Butcher & Block was a perfect solution: sincere and confident in itself.”

"The thing I’m most proud of about Creative Market is that it helps thousands of independent creators around the world get the freedom I always dreamed of for my family."

My dad was always my role model growing up, and I watched as he worked countless late nights during his 33 years at the same company, working hard to build a better life for our family. On my parents’ 20th wedding anniversary in 1994, my mom, brother and I all piled into the car, drove down to pick him up from the office, went out to dinner at TGIFridays, and then dropped him back off at the office for another late night. As we quietly drove back home, I remember thinking to myself in that moment that "I never want my work life to control my family life."

I’ve been a creator all my life, and in 1999 in my dorm room at the University of Maryland I created an app called ColorSchemer that helped web designers create matching color schemes. When I graduated 4 years later, I decided to go full-time building my own color software company. It was my dream — to work whenever I wanted, from wherever I wanted — and I was able to make a good living with the freedom and flexibility I had always wished my dad had.

But after 6 years of that, I got bored. I wanted to learn, and grow personally, and do something bigger with a team, and have a bigger impact on the world. That’s when I met Darius Monsef and Chris Williams, who had started the color community COLOURlovers a few years earlier. We got together over a weekend and quickly decided to merge our companies. Shortly after, we joined the winter 2010 batch of Y Combinator where we set out to build a big, impactful business together.

Later that year, MetLife reached out to us because they were doing a Thanksgiving display on their building across from Bryant Park in NYC, and they wanted to use a pattern a member on COLOURlovers had created. They paid $250 to use it, we gave it all to the creator, and the lightbulb went off in our heads — thousands of people are using our site to create content that’s valuable to these businesses, so we should build a marketplace to help creators earn money from their work.

We launched Creative Market in Oct 2012 and it took off right away, but it was those early creator success stories that were our motivation. Whether it was Tom Anders Watkins who paid his way through college by creating design assets in his spare time, or Dustin Lee who got out of $35,000 in debt and found his true calling making products in his Creative Market shop, or Nicky Laatz who left the rat race of client work behind and earned more than $1,000,000 from her home in South Africa, it quickly became clear that Creative Market was opening up doors for people all over the world in ways I’d never imagined.

That’s why when we had an opportunity to join Autodesk 15 months after launching, we jumped at the chance to build our vision for Creative Market on an even bigger scale, with access to more resources to help us create even more opportunity for creators. And as part of Autodesk, we grew more than 7x, nearly doubled the size of the team, and built a sustainable business that pays millions of dollars to independent creators each year.

But our startup story didn’t end there! In 2017, three years after the acquisition, we spun Creative Market back out of Autodesk as an independent startup again, to build the biggest, most impactful platform that creates the most opportunity in the world.