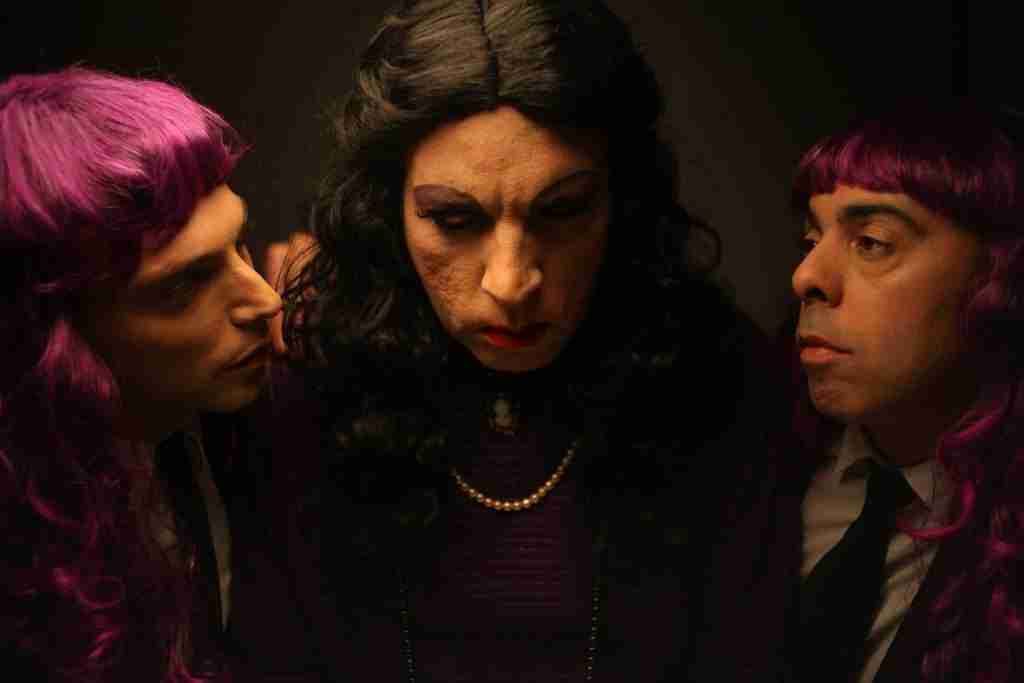 Shanghai Queer Film Festival (SHQFF) is a new platform for queer cinema, exploring sexuality and expanding gender through screenings of some of the best new films from around the world. We aim to be a space for filmmakers and audiences to meet, share and engage in what it means to be LGBTQIA.

SHQFF believes in better representation on screen. We seek a diverse and intersectional queer culture in cinema, and further the dissemination of ideas, dreams, and love. We aim to provide filmmakers, especially those of Chinese and Asian backgrounds, with a platform to showcase their work and make their voices heard. Our industry outreach, including panel discussions and networking, helps you to take your film further and bring you closer to audiences.

SHQFF is a completely volunteer-run and not-for-profit community organization. Events are free and open to all, and we strive to create open and safe discussion spaces for deep engagement with the films and issues.

In January 2017, we all enjoyed a successful first SHQFF, which lasted for 8 days in Shanghai. Along with building a brand-new queer film platform, we were very happy to have screened outstanding queer films from across the globe and have opened up the discussion of love and queer culture in a diversified context.

The Short Film Competition was created to showcase new and emerging filmmakers, especially those from Asia. As an integral part of SHQFF, we have received over 1000 works from over 60 countries and regions. The finalists that we have presented at SHQFF received positive responses from our audiences.

In 2018, SHQFF’s Short Film Competition became a short film division before changing its name to 'SHQFF Shorts' in 2019, which includes two categories: the Asian Short Film Competition and the World Short Film Screening. It is our hope that we can more fully represent Asian films on screen, increasing the diversity of the festival while focusing in on Asian queer films. This will provide a platform to all participating filmmakers both in Asia and the world at large, while also bringing more quality content to our local audience.

This year, the Asian Short Film Competition will continue to offer six awards: Best Film, Best Director, Best Cinematography, Best Screenplay, Best Actor and the Grand Jury Award. Films chosen for the World Short Film Screening will not be judged or awarded but instead will be screened as part of our official selection during the festival.

If your film tells a story taking place in Asia or has an Asian lead character, please do not hesitate to sign up for the 2019 SHQFF Asian Short Film Competition. If your film is about LGBTQIA experiences outside the Asian perspective, please sign up for the 2019 SHQFF World Short Film Screening. We are very keen to hear your voices, no matter where you are or what culture you come from.

Are you ready for the Queer film fiesta? Sign up!