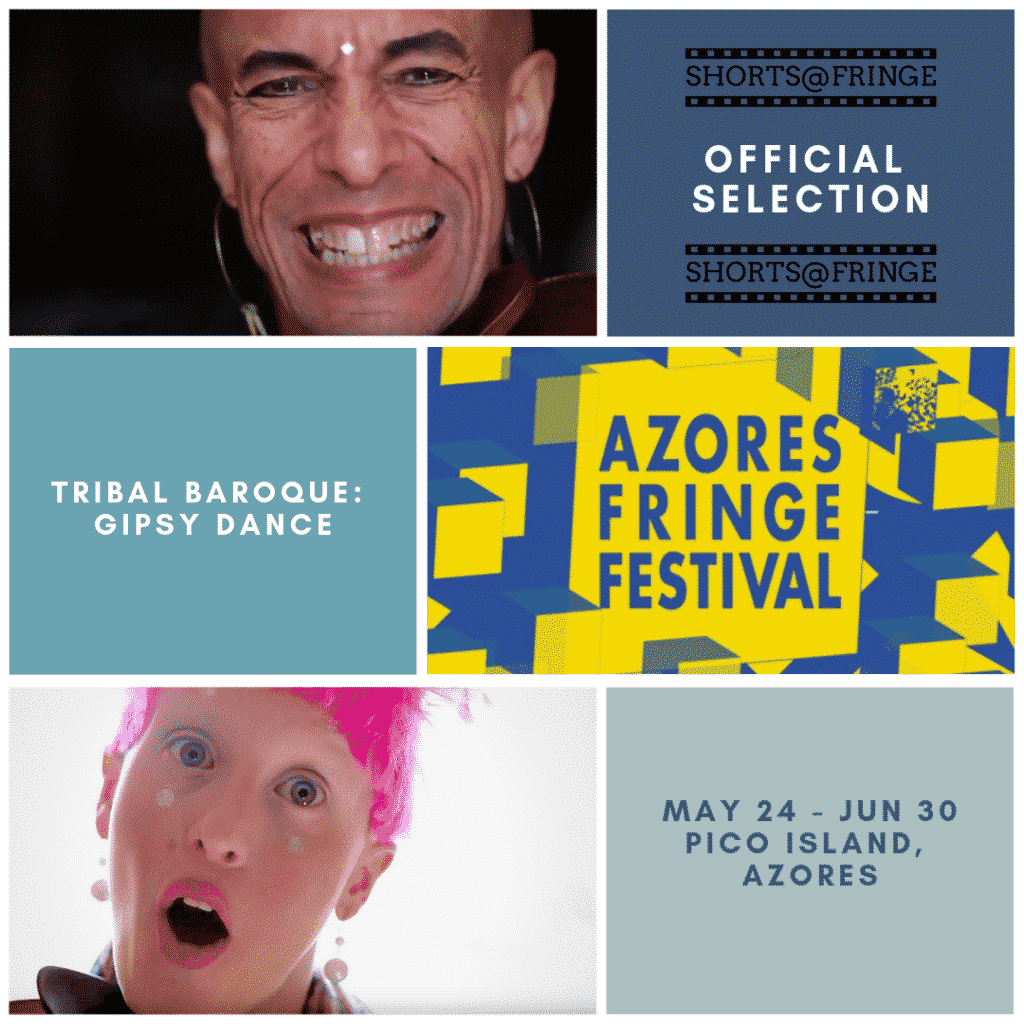 Our music video Tribal Baroque: Gipsy Dance has been selected for the Azores Fringe Festival and will be screened betwen May 24th and June 30th at Pico Island, Azores!

[email protected] is Film Festival in Azores which showcases short films at the Azores Fringe Festival, an international arts festival in the middle of the Atlantic Ocean.

Program will happen in various islands from indoor to outdoor venues giving the opportunity for filmmakers to showcase their work in the Azores and also for audiences that otherwise would not have a chance to see this type of work. All type of shorts are welcome up to maximum 15 minute long of English or Portuguese language or subtitled in one of those languages; no spoken-word films have a better opportunity to be chosen for program.

Fringe Audience Award (multiple) - chosen by audience members; receives via postal mail the mascot of the festival, garantee entry of next film; and, is mentioned in media releases;
Fringe Prize (one) - awarded by the programmers of the festival; receives support in local travel and accomodation to participate and present body of work in future festival;

Lost in the Atlantic, there lies the deepest of the secrets. In quiet silences between the green of the "fajãs", those curious plain patches of land sculpted by old lava flows, and the blue sea of the whales, the feelings of the islanders flow in waterfalls, made beautiful by the hydrangeas, born in the heart of each Azorean.

The soul closes the song of the land, which the wind takes in chorus to the ears of whom knows nothing. A Utopia made reality, where the Man mingles with the ground and the sky, in an infinite pride that he takes for where the destiny drives him. An isolated paradise that insists in being lost, in the middle of the mist and of the whistle of the seagulls.

LEARN MORE ABOUT US!

Screenings in NY and LA at Whitney Houston Biennial